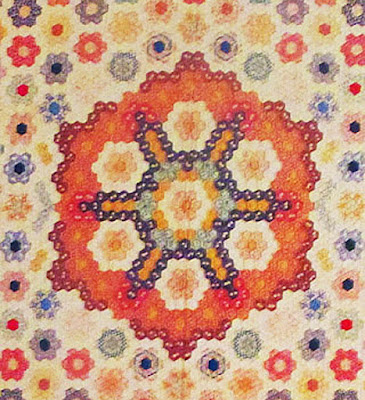 The book by the California project, Ho for California! includes this hexagon medallion by Myrtle Grace Hibbard Dunn, attributed to the years 1930-1935. 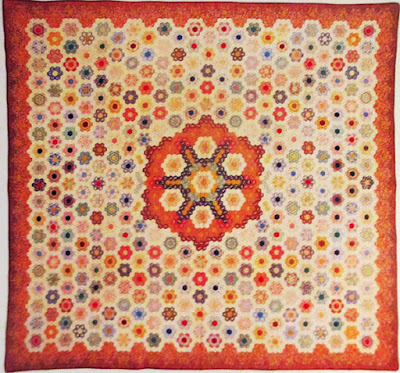 79" x 85"
Made in Stockton, California
The quilt won Myrtle a ribbon at a depression-era state fair although
she could not afford a ticket to see the display

Myrtle's story of how she came to make this quilt during the Great Depression adds to our information about women who supported their families by making quilts.

About 1933, during the depths of the economic downturn, Myrtle and Phil Dunn heard about a giveway of factory cutaways from a San Francisco garment maker. They drove a pick-up from Stockton and took home a ton of fabric---a literal ton she recalled--- a stash of dress scraps that required several trips. 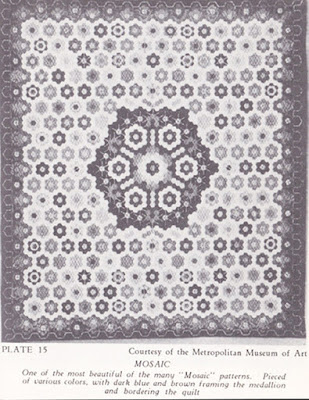 
Myrtle's inspiration was this 19th-century quilt in the collection of the Metropolitan Museum of Art,
pictured in Ruth Finley's 1929 book Old Patchwork Quilts. 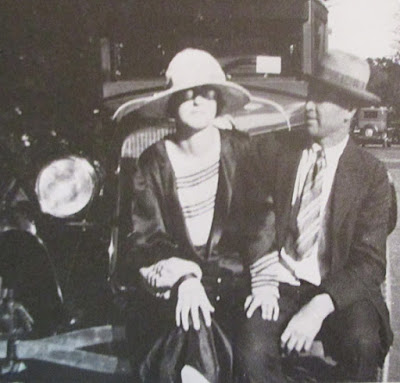 Myrtle Hibbard Dunn & Phil S. Dunn
from Ho for California!
She was about 30 during the depression; he about ten years older.
They had a daughter and a son.

Myrtle and her husband, an out-of-work building contractor, cut the fabric and cardboard patterns and packaged them as kits. They offered pre-cut pieces ---cut four at a time with a scissors---or just the fabric scraps with a pattern. Her patterns included Wedding Rings, Log Cabins, some applique and probably hexagons as in her prize-winning quilt above.

She must have sold finished quilts too as the medallion was described as the only quilt she had left to show the documentors in 1983. She kept this one at her children's' urging.

1940 census in Stockton
Myrtle was a California native, descended from Pennsylvanians.

Her quilt business seems to have been advertised by word of mouth. I can't find any ads or mentions of a pattern business in Stockton, so her interview with the California project is the only record of a clever and industrious woman's quilt enterprise. 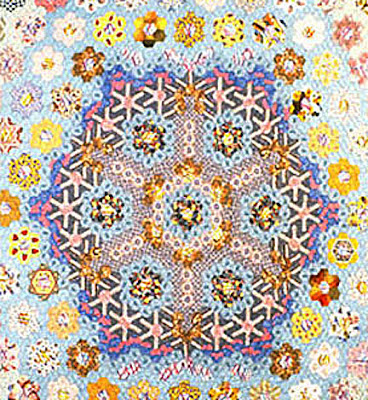 See a post about other quilters inspired to make the hexagon medallion:
http://barbarabrackman.blogspot.com/2016/07/tessellations-hexagons-elizabeth.html
at September 12, 2019 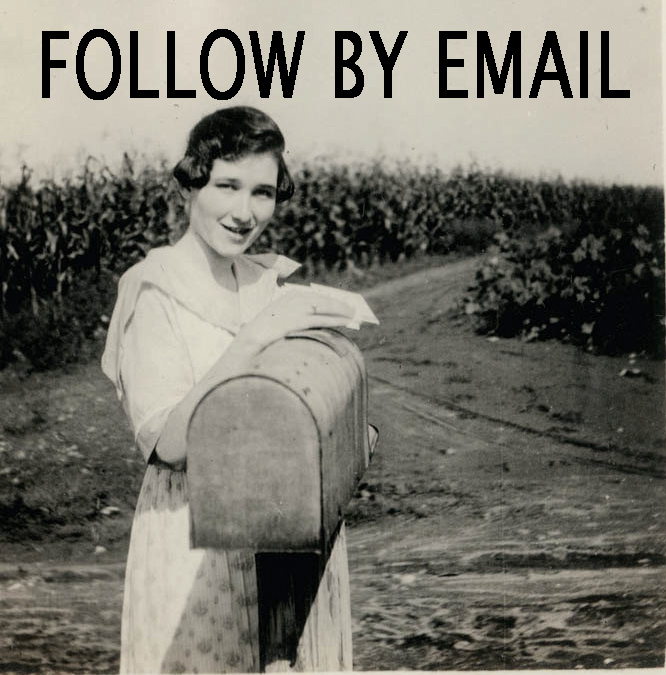 Enter your address in the box below 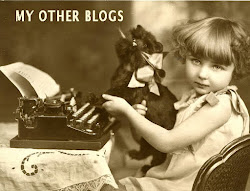 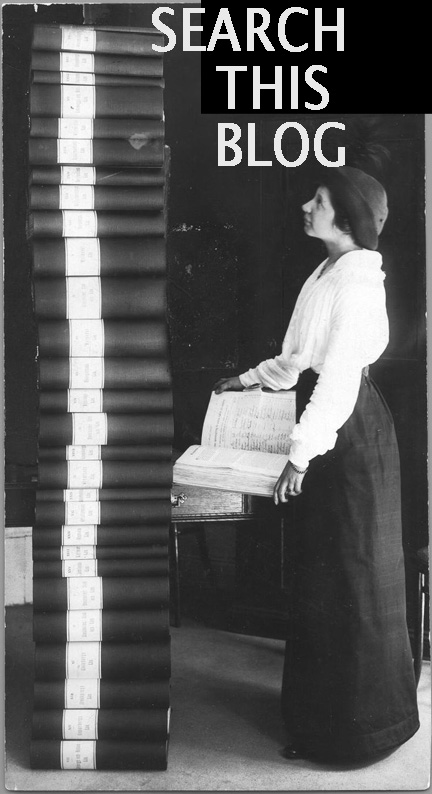